Looks like we have ourselves another Walking Dead marathon on our way, which is good news if the weather is bad.
The Walking Dead Season 4 Preview Weekend

Starting Thu., Jul. 4 at 1PM/12c AMC invites viewers to tune-in to "The Walking Dead Season 4 Preview Weekend" and catch up on the series that has been hailed by USA Today as "one of the season's best series," and reigns as the number one show in delivery for adults 18-49. The Walking Dead marathon will be hosted by Comic Book Men executive producer Kevin Smith from the Atlanta-based set where the cast are currently filming Season 4 of the hit series. Smith talks to the cast and crew and shares behind-the-scenes footage from the highly anticipated upcoming fourth season. The first season of The Walking Dead airs twice on Jul. 4, featuring marathons of both the original and special black-and-white editions. These are followed by Season 2 on Fri., and Season 3 on both Satu. and Sun. Each day of this four-day event begins at 1PM/12c. (However, the black-and-white editions only apply to Season 1 on Jul. 4).
The Walking Dead returns this October with brand new episodes. Based on the comic book series written by Robert Kirkman and published by Image Comics, The Walking Dead tells the story of a group of survivors who travel in search of a safe and secure home in the months and years following a zombie apocalypse. The series stars Andrew Lincoln, David Morrissey, Steven Yeun, Norman Reedus, Danai Gurira, Chandler Riggs, Lauren Cohan, Scott Wilson, Melissa McBride, Chad Coleman, Sonequa Martin-Green and Emily Kinney.
Click here for a full schedule of The Walking Dead on AMC.
Read More...

The weather is always bad on 4th of July where I'm from haha.

The weather is always bad on 4th of July where I'm from haha. 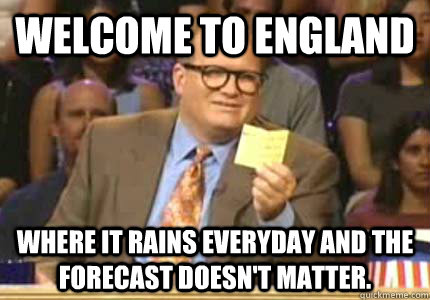 But you're getting issue 112 of the comic early. So theres that. Anyway, enough gloating about our weather..yay for TWD marathons..we don't get those either.

Anyway, enough gloating about our weather..yay for TWD marathons..we don't get those either.

Im from the North.

I'm really hoping someone uploads the previews to YT. Because I live in Australia.

This isn't flying, its falling with style - www.takenbyalice.co.uk

So were writing about the marathon in here?

I jumped when I saw Patricia because I didn't remember her, lol. I'm even more surprised she had more lines then Beth who outlives her (can't say I'm complaining as I love Beth lol)

Chugging episodes down until the big Maggie Glenn sex scene in the Prison.

Geese lots of these episodes are great . I forgot about loris car crash , how short everyone's hair was . I almost frown everytime I see dale , Tdog , Sophia , and now Andrea ....

Also I noticed that when Shane said he killed Otis because he loves Lori she rolls her eyes at him , lol that's horrible

Firstly when scenes come up that were in the “lip reading video” can’t help but laugh.
I still feel the same about season 3 (so far as the marathon is still on) as I did when it first aired, except for the change in Andrea. Watching season 2 and 3 consecutively makes me dislike what they chose to do with Andrea even more. It’s all been said before about the mess they made out of Andreas character so I’ll try not to repeat what’s already been discussed. One thing I picked up on that I did not before was that they could have had a better reason for having Andrea stay in Woodbury. I don’t think this has been brought up but if it has, well then I agree with it.
Andreas “explanation” at the end to Milton never made sense to me, wanting to save everyone? Andrea also included wanting to save TG after having seen the aquarium room and her good friend Michonne in a life or death struggle with him.
I would have found a more reasonable explanation to be that she felt like an “outsider” during season 2. In Woodbury she was accepted as part of the group, and she wasn’t just a group member she was right next to the governor, she finally had a sense of belonging. The governor may not have wanted to listen to her but most of the “Towns people” were, especially when she gave the speech to calm everyone down after the Daryl/Merle rescue.

I agree with you. Knowing what happens at the end of the season has made me view her scenes differently. I remember reading that her death wasn't discussed until they were nearing the end of the season, and really that couldn't be more obvious when watching the marathon. It is probably the biggest example of the lack of consistency while under the Mazzara era. It just seemed like they wrote her into a corner, didn't know what to do with her, so killed her off.

You know sweets I feel the same way about Andrea after a rewatch, I saw all of season two but only the back half of season three during the marathon and I really felt as though she was completely inconsistent and it seemed as if her thoughts on something changed with a blink of an eye.

In another thread I thought it was weird she didn't mind killing Randall but didn't want anyone in Woodbury to die. Daybreak pointed out she was honoring dale after his death.

But I still feel she was treated unfairly during both seasons as it was hard for her not to come off as inconsistent at times . The first time I watched I did love Andrea and didn't care what faults she had . I still like Andrea but I can see why she wasn't everybody's cup of tea now.

And I agree with the fact I don't know why she felt like an outsider . Daryl was more of an outsider then her in season two.

She was talking to Shane about his ideas are good but his delivery is lacking . But leaving a suicidal 16 year old in a room to kill herself isn't exactly a well executed plan

it worked though haha.


What I'm trying to get at it is , I thought Andrea was great, she was a great fighter and no matter what she was looking out for the group, but when she went to Woodbury her fate was sealed from the beginning . It was just downhill and all of the producers knew (from an interview gale did or something) they wanted to keep Phil alive past season three, so I think it's bullshit that they say Andrea dying was a last minute decision. It was set up from the beginning , her fate was sealed when Michonne left and her fate was once again sealed about ten more times . The mid season finale, Daryl and Merle , visiting the prison, the "negotiation" , and lastly during the episode prey .

While there were a few good episodes in the first half, they did start to feel rushed. As I have said time and time again, Mazzara over-compensated for the criticism of S2 being slow by rushing the story. It left plot holes and plot devices that didn't work.
They slowed down the story in the back half and had some character development but then the build up did not give us a satisfying pay-off in the finale.

Re-watching, it is quite obvious that Andrea was attracted to Phillip from the very beginning so it does feel like (as Michonne stated) that she chose a warm bed over a friend. Michonne's lack of communication, still felt like a plot device to keep Andrea in Woodbury, no matter what. As the Guv's true colors began to show, Andrea's idealistic view of Woodbury clouded her judgment and still made her look too gullible. TBTB did not convey that she wanted to help the people of Woodbury until it was too late.

Sticky, I do not feel that the game plan was to kill Andrea all along. The interview that Laurie Holden gave (after the finale) stated that she found out very late and she seemed almost in shock once she got the call.
I am more inclined to agree with Slimymeteor. They wrote her into a corner that they didn't know how to get out of. I believe that the hate the character received was something they thought they couldn't overcome.


Right now, I am about to watch "Clear". The one episode that does give me hope for S4.

Ah speaking of episodes Gimple did, I actually liked all of them, I noticed he wrote a bit of them in season two. I didn't pay exact attention to what ones he wrote but I remember seeing his name a bit and liking the episodes (besides hounded but I won't watch that episode)

Eh I'm still seeing the Andrea thing differently , poor Laurie . To be honest I don't think Mazzara really like Laurie that much and wrote her in a multi personality plot hole filled corner and just said fuck it and killed her. If anything Andrea should have made it to Woodbury herself , like her and Michonne got separated because of a horde and Michonne went to the prison.

Because the first real feel of Michonne is in those episodes and her quietness and not telling Andrea what's up didn't make anyone that excited about her.

Stating her occupation bugs me as well . I'm pretty sure lawyers have to be sharp and observant . Debating she does well , but being sharp and observant , I thought that for a bit then season three came along and she was like a pre teen girl with Justin bieber . Phillip could do no wrong in her eyes for the longest time. And even when she knew he was wrong and dangerous she didn't do much to help herself

What also angers me is she had chances to leave

I wish she would have.