The Walking Dead Spin-Off Gets A Two Season Order!

AMC have picked up the spin-off show for two seasons, the first season starting with six episodes.

AMC’s Walking Dead spinoff officially has a pulse — and a strong one at that.

The cabler announced Monday that it has greenlit the still-untitled offshoot for not one but two seasons, with the first six episode season launching in late summer.

The series, which will be set in Los Angeles, stars Cliff Curtis (Gang Related), Kim Dickens (Deadwood), Frank Dillane (Harry Potter and the Half-Blood Prince) and Alycia Debnam Carey (Into the Storm).

“We feel empowered by this two-season commitment, a serious show of faith from our network partner AMC,” exec producer Robert Kirkman said in a statement. “I personally take it as a sign that they believe, like we do, that we’ve accomplished our goal of developing something original that can pay tribute to the original show and expand the world I created while at the same time having something new to say with this story. I’m very grateful that we now have the opportunity to tell this amazing story and show the fans that we really haven’t scratched the surface yet when it comes to The Walking Dead.”

Added AMC prez Charlie Collier: “We take incredibly seriously the notion of building a satisfying companion series to the number one show on television. From the beginning of The Walking Dead on AMC, we’ve been asked questions about what was going on in other parts of the zombie apocalypse, and what it looked like as the world really did ‘turn.’ Through this new series, we’re going to find out. Robert Kirkman, Dave Erickson and their writing team, along with an incomparable set of producers, cast and crew have created something remarkable and clearly distinct. We respectfully follow the request of Monty Python as we bring out (the latest of) our Dead.” You know, I've been looking forward to this, but for some reason reading this got me really excited about it. I can't wait to see things as the epidemic is happening and the world falls apart.

Aw shucks. Why LA? It is such a boring place.

Aw, dang it! Thought I might actually have the scoop for a change

Great news! Glad that it will air in the late summer too. 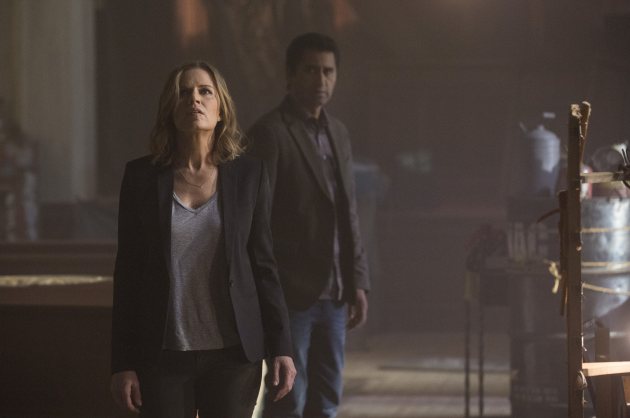 Kind of the perfect promo pic. It's so LA.

Zombie or gang related death?! Find out next episode on Dragon Ball Z!!!!

Don't know why, but every time I see this pic, the dude in the right makes me think of Spencer Reid. Then I wonder if the BAU is going to get involved

I thought the same thing Clinda...

Hope this is the right place to put this article.  The title indicates this is a spoiler.  I don't really think that it classifies as a spoiler, but if you don't want to know anything about FTWD, don't click the link.

"I don't believe that things happen for the best. I do believe, however, that it is possible to make the best of things that happen."